Jennifer LawrenceÂ is about to become a mom for the first time … she’s expecting a baby with husbandÂ Cooke Maroney.

A rep for the actress tells TMZ the actress is pregnant, though it’s currently unclear when she’s due or if she’s going to have a boy or girl. The 31-year-old and her art dealer husband Cooke Maroney have been spotted around NYC in recent weeks sparking pregnancy rumors.

Lawrence is set to star in the highly-anticipated “Don’t Look Up” withÂ Leonardo DiCaprio,Â Meryl StreepÂ andÂ Timothee Chalamet, expected to be released later this year. TMZ broke the story, JenniferÂ suffered an injuryÂ to her eye when it was cut by glass on set of the film earlier this year … but made a full recovery.

Baby Maroney will be the first child for both Jennifer and 37-year-old Maroney.

With much of the world coming back to normal, Jennifer has attended her first event in over a year. She was at Paris Fashion Week today and I’ve managed to add photos from the event. I can’t wait to see what this year is in store for Jennifer! 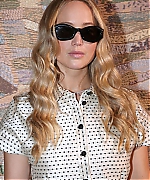 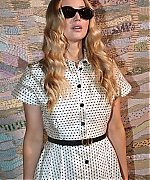 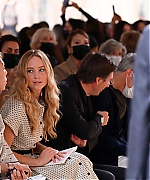 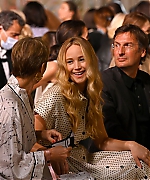 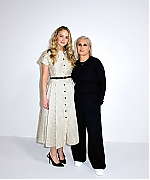 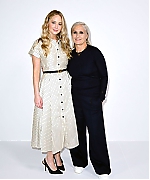 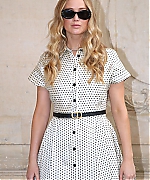 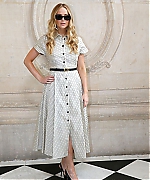 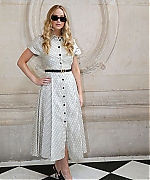 Jennifer Lawrence might be set to move from the X-Men film franchise to the Marvel Cinematic Universe (MCU) as Sue Storm, better known as Invisible Woman of the Fantastic Four, according to a report from Murphy’s Multiverse.

The news comes amid fan speculation over whether the current hit Disney+ web series, WandaVision, will serve as an introduction of the Fantastic Four into the MCU (Kevin Feige confirmed in 2019 that a Fantastic Four film will be part of the MCU’s Phase 4).

Thor: Love and Thunder film, starring Natalie Portman, Chris Hemsworth, Christian Bale, Matt Damon and Chris Pratt, is currently filming in Australia, and it appears as though Marvel Studios will begin to move more of their films to that country, as well, after filming most of the earlier MCU films in Georgia.

The Daily Mail (itself citing The Daily Telegraph) reported that Marvel will also be filming the Fantastic Four in Australia and the production is set to begin soon. This is surprising, since the director of Fantastic Four is Jon Watts, who is still working on the third Sony/MCU Spider-Man film, so that does not give him a very long turnaround, but the bigger surprise is that the Telegraph also reports that Jennifer Lawrence is headed to Australia next month for a role in the Fantastic Four film.

None of the newspapers claim to know for sure exactly what role that Lawrence would be playing in the film, but logically, this has led to sites like Murphy’s Multiverse making the leap to assume that the Academy Award-winning star will be playing the lead female role in the movie, that of Sue Storm, who becomes Invisible Woman.

Lawrence, of course, is familiar to superhero film fans as being Raven/Mystique, one of the three main leads of the rebooted X-Men film franchise starting with X-Men: First Class (followed by X-Men: Days of Future Past, X-Men: Apocalypse and the final film in the series, X-Men: Dark Phoenix). She followed up her X-Men role by becoming the lead star of the blockbuster Hunger Games film trilogy.

While Josh Brolin played both Cable in Deadpool 2 and Thanos in the MCU, Peter Dinklage played both Bolivar Trask in the X-Men films and the Asgardian, Eitri, in Avengers: Infinity War and Evan Peters recently reprised his X-Men role of Pietro in WandaVision, Lawrence would be the biggest X-Men star yet to move to the MCU, if this rumor proves true.

Jennifer LawrenceÂ is going public! The 29-year-old Oscar winner has admitted to having a private social media account in the past, but earlier this week, she went public on her own verified Twitter platform.Â

Lawrence is using her new account, @JLawrence_RepUs, which first tweeted on Tuesday, to speak out against racial injustice, actively supporting the organizationÂ Represent Us.Â

Lawrence has a position on the board of Represent Us. Other famous board members include actor Ed Helms andÂ The Big ShortÂ writer and director Adam McKay. The organization is dedicated to “pursuing federal reform” in relation to elections.Â  In her first tweet, Lawrence shared a Represent Us video featuring Omar Epps discussing the high percentage of incarcerated black men in America.Â

Lawrence’s second tweet features a personal statement from the actress calling for justice in the case ofÂ Breonna Taylor.Â

On March 13, Taylor wasÂ killed by Louisville Metro Police. She and her boyfriend, Kenneth Walker, were in their own home when police made a late-night raid on the wrong address,Â looking for someone who had been taken into police custody hours earlier. Taylor was shot eight times. She was 26.Â

There have been no arrests made in the case of Taylor and the officers responsible for her death are still employed by the Louisville Metro Police.

“As a Louisvillian, as a human being, I cannot be silent,” Kentucky native Lawrence wrote on Wednesday. “I join all those who are speaking out against this grave injustice, calling upon Attorney General Daniel Cameron to take immediate action to hold those responsible for her death accountable.”

Lawrence noted that the longer it takes for the officers involved in Taylor’s death to be arrested, “the more trust erodes.”

“We must not allow the erasure of Black women to continue in America,” Lawrence concluded. “As many activists and leaders have been imploring for years: #SayHerName.”Â Other stars like BeyoncÃ©, Jada Pinkett Smith, Alicia Keys, Cardi B, and more have spoken out in the wake of Taylor’s death

Based on Hollywoodâs continued obsession with vampires, the bloodsuckers will apparently never go out of fashion, and with so many different ways to approach the mythology, it appears that filmmakers wonât be running out of ideas any time soon, either. Although generally associated with the horror genre, vampires have also been used in everything from action movies and romance to sci-fi and comedy.

The standard tropes of vampirism can constantly be refreshed, reinvented and updated for modern audiences to offer fresh perspectives on such well-known archetypes, and seeing as the movie business isnât shy on cannibalizing their own back catalogue to remake anything with even the slightest hint of name recognition, weâve now heard that a new version of cult classic vampire flickÂ The HungerÂ is reportedly in the early stages of development.

According to our sources â the same ones who told usÂ National Treasure 3,Â Now You See Me 3andÂ Scream 5Â were in the works long before any of them were confirmedÂ â Jennifer Lawrence is being eyed for one of the two female leads to play one third of the love triangle between an undead couple and a human scientist, withÂ MoonÂ andÂ WarcraftâsÂ Duncan Jones said to be on the shortlist to write and direct. Though at this point, itâs unclear if either has been approached.

Of course, Jones might not be too keen to sign on given that David Bowie took second billing in the 1983 original and the filmmaker has been keen to distance himself from his fatherâs legacy, while Lawrence seems to be a lot more picky about her projects these daysÂ now that her contractual obligations to theÂ X-MenÂ franchise have been fulfilled. But theyâre definitely two names that the studio are interested in, as is Anya Taylor-Joy, weâre told.

Tony Scottâs movie was a critical and commercial disappointment when it was first released, but in the decades since, The Hunger has gone on to become a firm cult favorite, and given the level of talent that are being sought for the remake, it looks like the latest in the never-ending line of vampire movies is being viewed as a high-priority project.