Jennifer Lawrence Getting Married This Weekend, Menu’s Over the Top
18 Oct, 2019 By Joshua • Leave a Reply   News, News & Updates

Jennifer Lawrence is about to walk down the aisle this weekend — but the big scoop here is what she and her guests will feast on … a smorgasbord of fancy eats and drinks.

We got some deets on JLaw’s wedding — which is going down Saturday at a swanky venue in Rhode Island, 8 months after she got engaged. We gotta say, for a relatively short engagement … they’ve put together a pretty elaborate affair.

Clearly, Jen and hubby-to-be Cooke Maroney pulled out all the stops … hiring celeb wedding planner Mark Seed to do the party for about 150 people.

Let’s start with the grub, shall we? According to the menu, folks are gonna have their pick from a variety of hors d’oeuvres …

Moving on to the main course options — here’s what Jen and Cooke, or their hired help, will be serving up …

— either wood-roasted fish with herbs and lemon-infused butter OR …
— 5-week-aged leg of beef with forager’s sauce.

They have S’MORES, y’all.

As for drinks, specialty cocktails appear to boil down to either a bourbon old-fashioned or gin cucumber lavender champagnes … served at a cash bar. JK!!!

Like we said, it’s gonna be extravagant. Dare we say … decadent???

Hello everyone! I know I haven’t updated the site in such a long time but that will change. My love for Jennifer is still very strong and she’s also has been taking a small break from The Hollywood scene. I’m glad to announce that I’ve added several HQ photos of Jennifer attending last month the X-Men Dark Phoenix premiere. She looked amazing! 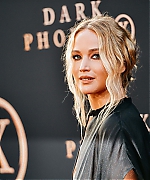 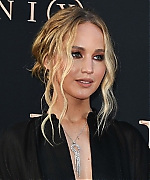 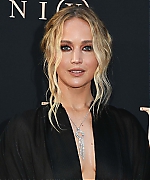 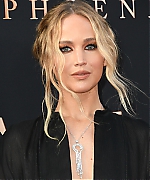 Jennifer LawrenceÂ is engaged to boyfriendÂ Cooke Maroney, a rep for the actress confirms to PEOPLE.

The Oscar winner, 28, was spotted wearing aÂ âmassive ringâÂ while enjoying what appeared to be a celebratory dinner with Maroney, 34, at Raoulâs, an upscale French restaurant in New York City,Â according toÂ Page Six.

âIt was a giant rock. They seemed like they were celebrating and people were talking about it,â a source told the outlet. âThe ring was very noticeable. They were sitting back in a corner. She was wearing a cute black dress with white polka dots.â

The couple got cozy during a date on Saturday in New York City.Â A few days earlier,Â the happy couple was spotted on another dateÂ in the West Village, all bundled up to battle freezing temperatures.

A source confirmed to PEOPLE in June the actress was dating Maroney. Since then, the two havenât shied away from going on dates in public together. In late June, the couple was photographed enjoyingÂ a romantic candlelit dinner in New York City.

They followed up their date with a trip to Paris and later Rome in August. A source told PEOPLE the couple âseemed happy, occasionally holding handsâ while in the French capital.

The insider noted the couple stayed at The Ritz hotel while on their âvery short tripâ and that they mostly âwent walking together.â

In September, Lawrence took Maroney with her to theÂ New York Film Festival premiere ofÂ The FavouriteÂ â which stars her ex Nicholas Hoult and one of her best friends, Emma Stone. Also in attendance was Lawrenceâs ex Darren Aronofsky.